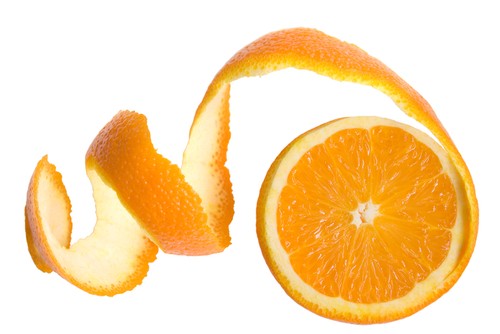 Did you know that orange peel could just be the solution that you have been seeking to remove dark parches on your skin caused by excess melanin?

Orange Peel works and in this article we explained why it works so you will understand it is better than chemical-base creams that people lighten skin with these days.

It is becoming common to find girls who look like they have not entered the sun at all before.

Their skin looks so fresh and light that you will want to be their friend or even woo them if you are a man. Some glitter like they are a precious glass or have even been passed through a machine for refinement.

You knew some of them before, but when you saw them recently, you remembered the song: “If you know me before, you no go know me again”.

It is obvious that something happened to their skin.

Some of them had used some lightening cream with chemical base that contains hydroquinone that removes the melanin in the skin. Other drink some tablets that works from the inside then to the skin.

It is not their fault some times that they decided to use these chemicals.

The sellers play on their ignorance and sell to them these chemicals that lightens their skins.

At other times the fact that being black Africans, which means that we will surely have uneven skin tone, is forgotten and in the quest of wanting an even skin tone, they go ahead to lighten or bleach themselves beyond measure.

Have You Read: 8 Ways You Can Improve Your Memory

We will talk a bit about the side-effect of hydroquinone as suggested by research.

It could cause skin irritation, especially for persons with sensitive skin and this will result in skin redness (especially when the individual is exposed to the sun), itching or dryness.

One of the lethal side-effects that research has suggested is that hydroquinone could cause a skin disorder called ‘exogenous ochronosis. It is a skin disorder that leaves blue or black spots on the skin of people of African descent.

But one simple remedy to this lighten crave and wave that is sweeping across Nigeria, is something that orange peel provides.

There are different reasons orange peel works for the skin.

If you have seen an orange before, you will know that the peel or skin of an orange is not always yellow in colour right from the budding stage of the fruit.

As it blossoms, it gets to a point that it becomes yellow and at that point it is ripe for consumption. This, to a large extent, highlights the power of orange peel to be able to help an individual lighten the skin. 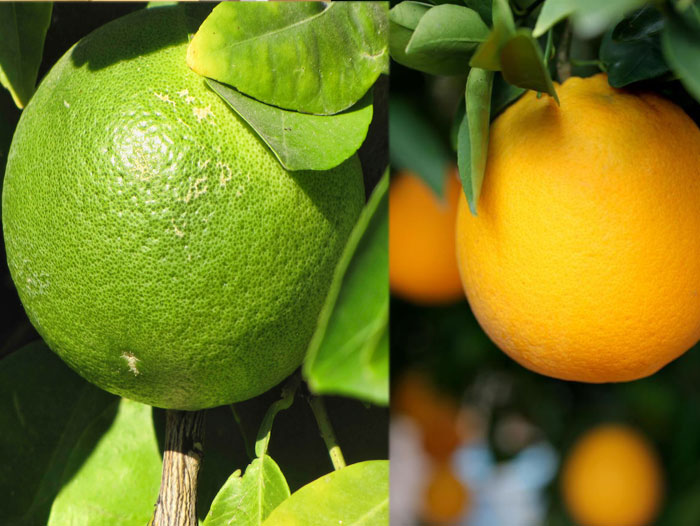 Orange changes from green skin to yellow or orange hue

This transformation in colour happens because of some of components of the skin – d-limonene, hesperidin, naringin, and auraptene.

Hesperidin is the major component that has been used for skin treatment and is thought to be one of the reasons orange skin could change from green to yellow or orange hue.

“Hesperidin safely reduces the appearance of age spots by reducing the activity of tyrosinase, the enzyme responsible for producing the skin pigment melanin.”

Orange peel has more vitamin C than the orange pulp itself.

This is vitamin C in its primary form, L-ascorbic acid and this acid has a proven track record for improving the appearance of aging skin.

The vitamin C content in orange peel does not only inhibit free radicals that destroy functioning skin, It also helps add a glowing shine to your skin.

Calcium is good for your skin, researches have shown.

Calcium in the surface epithelium of the skin, overlying the dermis, referred to as ‘epidermis’, helps in the replacement of old skin cells with new ones.

If the skin does not get enough calcium to use for regeneration, the skin may start to appear thin, fragile and aged.

How To Use Orange Peel For Skin Lightening

The next time you see an orange seller, ask for the orange peel and he will happily give all to you.

When you get home, do the following to it.

Spread the orange peel on to a tray, making sure it is properly spread out

Dry the orange peel in the sun between 3 to 4 days until they are hard and completely dry or hydrated. You can also use a dehydrator to dry the peel.

Grind the peel into a fine powdery texture and store in an airtight container.

Ensure that you mix the peel with honey or a carrier oil (Olive Oil) and apply on the skin. There could be an irritation of the peel is not diluted.

Be warned, however, that orange peel does not give the sudden lightening effect that chemical-base creams give. It will be a gradual process because it is a natural lightening agent.