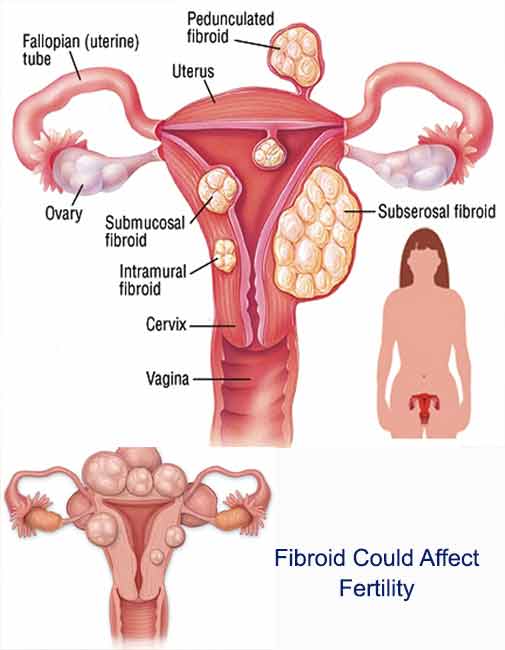 Cases of uterine fibroids (also known as Uterine Leiomyomas [ULs] or Myomas) among women that are over 30 years are increasing.

We are concerned because researches say it may affect fertility.

If you are a woman of African descent you should read this article to the end to get relevant knowledge about Fibroid. You can keep it away.

Sadly, a research organised in the US on the issue, found that ULs disproportionately appear in higher percentage in women of African-American descent.

“Even after controlling for Body Max Index, parity, socioeconomic status, and other risk factors, African American women have higher incidence.”

Consequently, women in Africa should be concerned and do what they have to do to keep this troubling tumour away.

Uterine fibroids are monoclonal tumours of the smooth muscle tissue layer (myometrium) of the uterus.

Although ULs are considered benign, uterine fibroids are the source of major quality-of-life issues for approximately 25% of all women, who suffer from clinically significant symptoms of UL.

According to research, the prevalence of fibroid is higher in women of 30 years of age. About 30% of them have fibroid.

Moreover, “delaying the first pregnancy until the third decade of life also places women at higher risk of uterine fibroids,” a 2013 study says. 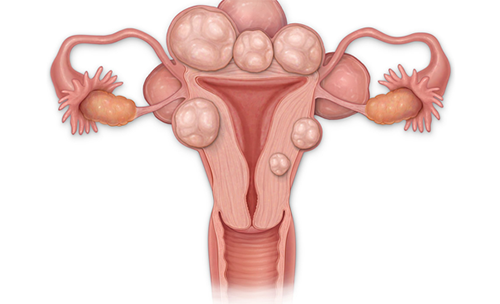 Fibroid could grow anywhere inside or on the uterus

Fibroid is not cancerous and it can be as small as a pea or as large as a basketball. A reason it could make a woman look pregnant.

They are usually round and pinkish in colour, and they can grow anywhere inside or on the uterus.

The ones growing around the Fallopian Tube could block it and make it impossible for semen to go through.

Most noteworthy is the fact that the cause of fibroids is unknown, but the female hormone estrogen plays a role in stimulating the growth of some fibroid.

Also, some experts have linked the imbalance of hormones with lifestyle and what we eat.

As a matter of fact, some women would not know they have fibroids because they have no symptoms.

You may also find our write-up on How To Lose Belly Fat After Child Birth helpful.

In other women, uterine fibroids are discovered either during a routine gynecologic exam or during prenatal care.

However, fibroids can present the under-listed symptoms.

Before treatment is administered, the patient would need to undergo diagnosis.

The different types of diagnosis that could be performed are Pelvic ultrasound – a radiology test, Hysterosalpingogram – an X-ray procedure, Hysteroscopy – insertion of telescope-like instrument through the vagina into the uterus.

Another form of diagnosis is the Laparoscopy – thin tube-like instrument, laparoscope, is inserted through a small incision in your belly.

Sadly, there is no known treatment for fibroid that keeps the tumour away forever, but there are different management strategies.

Have you read Hormonal Imbalance: 5 Food-Triggers You Should Know

Most of them involve surgical interventions.

However, choice of treatment is guided by patient’s age and desire to preserve fertility or avoid ‘radical’ surgery such as hysterectomy.

Moreover, recurrence rates after surgery (myomectomy) may be as high as 59% after an interval of 4–5 years for women of African origin.

Interestingly, there have been reports of people who have overcome fibroid by adjusting their lifestyle, giving attention to the foods they eat.

Reducing intake of foods that trigger hormonal imbalance would be a good decision to make to ensure that the tumour does not grow.

A 2016 study says caffeine and alcohol could increase the risk of developing uterine fibroids.

As earlier state, lifestyle choices can help women prevent the growth of the tumour and that should start at an early stage in life.

This is a reason mothers should adjust what they offer to their female children at a tender age and in adolescence.

There are also reports that tumour feeds on sugar or use protein and fat for fuel in the absence of sugar.

Therefore, reduction of sugar and carbohydrate intake will go a long way in shrinking the tumour or reducing growth rate.

Please, share this article with family and loved ones to help them live a healthy life that will keep fibroids away.