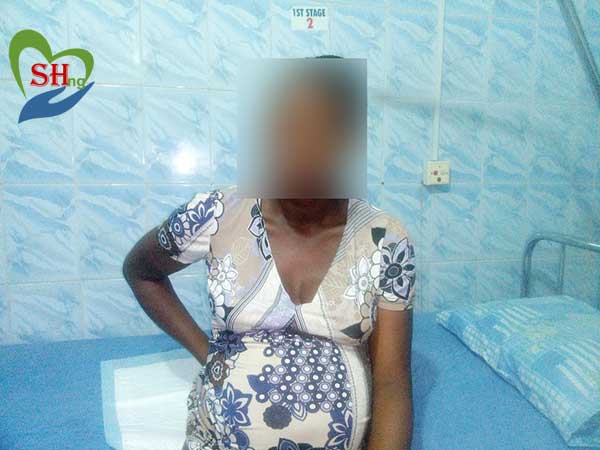 Stress during pregnancy could cause so much issues beyond the feelings the woman has.

Yes! There is one issue it could also cause.

The child in the womb is one reason every woman should give attention to stress during pregnancy.

Many are not aware of the effect this stress could have on the child.

But it is not their fault because the research that found out this worrisome effect of stress during pregnancy was just released.

The pain of childbirth is one thing that women who have given birth often do not like to talk about.

This period could be afflicted with stress, caused by different issues.

However, a recent study has emphasised the need to address stress during pregnancy.

The 2019 study published on the British Journal of Psychiatry investigated potential associations between exposure
to prenatal stress and personality disorder in offspring.

Noteworthy in the finding is the fact that personality disorder could show up in a later age of the offspring.

But proper care for the mother will ensure this never happens.

Personality disorder is a type of mental disorder in which an individual have a rigid and unhealthy pattern of thinking, functioning and behaving.

“A person with a personality disorder has trouble perceiving and relating to situations and people.”

This new study has now linked this disorder to stress during pregnancy.

Stress could occur during pregnancy as a result of sleep deprivation, overworking of the body through chores, worries and poor nutrition.

According to the report, “compared with those unexposed, children exposed to any maternal stress during gestation had three times the odds of developing a personality disorder.

Also, the report stated that exposure to stress during gestation increases the odds of personality disorder in offspring.

This is also independent of other psychiatric disorders.

Furthermore, the study results suggested the assessment of maternal stress and well-being during pregnancy.

“This may be useful in identifying those at greatest risk of developing personality disorder,” it says.

Another thing that was highlighted by the report was the importance of prenatal care for good maternal mental health.

It suggested that this should happen during pregnancy and after childbirth.

How To Reduce Stress During Pregnancy

In Nigeria, it is easy for a woman to snap into stress.

The weather, the hassles of life, lack of a good support system (physical, emotional and spiritual).

People in Nigeria hardly reach out to their pregnant relatives or loved ones, but a pregnant woman needs such support.

A phone call to know how she is fairing will do a lot in calming her nerves.

Our health coach also highlighted that support at home and at work place during pregnancy would give a woman strength to go through the 9 months without stress.

“On her part, a pregnant woman should also engage in light aerobic exercises like pregnancy safe squatting,” she stressed.

Stress during pregnancy may occur as a result of lack of sleep. This highlights the need for adequate rest.

Remember that the child in the womb does not care whether you sleep or not to draw nutrients from you.

Sleeping position during pregnancy should also be given attention to.

“Lie with the left side. That is the recommendation and pregnant women should adhere to it.”

You may find our article on School Resumption: Tips For Your Child’s Health helpful

However, some women, because they believe there are ‘unfriendly friends‘ around, hide information about their pregnancy from even a close friend.

Women should learn to seek support and ask questions where necessary.

Diet is also key in ensuring that a woman stays free from stress during pregnancy.

Eat food that is rich in iron, calcium, folate, manganese and more. These nutrients are important for the child’s development and the health of the mother as well.

They should also consume hormone balancing foods, and brain boosting food for the child.

After childbirth, women who can get support should seek it.

Those who could not should have an understanding with the spouse to help in time of need.

Please, share with your friends and loved ones to help them prepare for that period they will be pregnant.

DO YOU KNOW ABOUT GORON TULA?