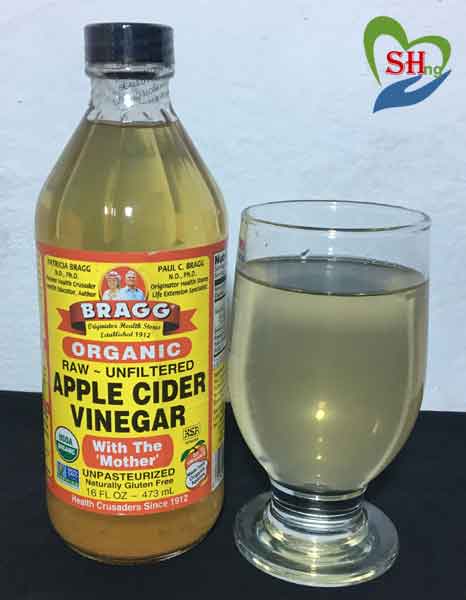 Apple cider vinegar is made from apples that have been crushed, distilled, and then fermented.

The drink has high levels of acetic acid and antioxidants. It can be taken in small quantities.

It is also used as a supplement by some persons.

Nonetheless, Apple Cider Vinegar is not supposed to replace drugs if you are on any medication.

Because it is considered as traditional medicine, there is no specific dosage. But people often do not take more than 2 teaspoons of it before or with meals.

Add 1 or 2 teaspoons into a glass or water.

First, remember that when Jesus Christ was on the cross he was given vinegar.

His reaction would give you an idea of how this drink tastes when not diluted.

Apple Cider Vinegar is sour and harsh in the mouth because it is acidic.

Always dilute vinegar before you take it.

Here are some of the benefits of this healthy drink and ancient medicine.

The sugar in vinegar is slowly released into the bloodstream according to the need of the body. This helps boost strength.

The acetic acid and good bacteria in vinegar, as a result of the fermentation, are detoxifying agents in the drink.

A 2006 study says scientific investigations clearly demonstrate the antimicrobial properties of vinegar, but mainly in the context of food preparation.

You can get this drink here. 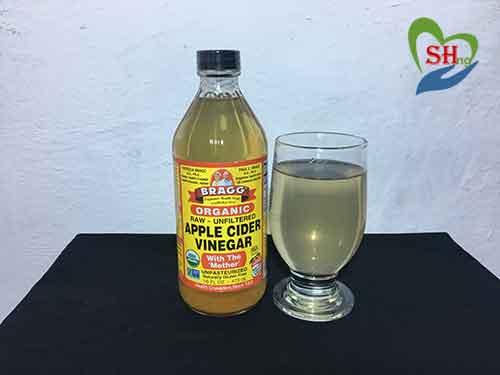 Till date, a combination of honey and vinegar is prescribed for persistent coughs. It was first prescribed by Hippocrates and his contemporaries.

Apple Cider Vinegar can also boost heart health and this has also been supported by researches.

However, the research also pointed out that whether chronic vinegar ingestion affects other risk factors for cardiovascular disease in humans is not known.

According to another study, the antiglycemic effect of vinegar was first reported by Ebihara and Nakajima in 1988.

The study showed that in rats, the blood glucose response to a 10% corn starch load was significantly reduced when coadministered with a 2% acetic acid solution.

However, it stated that in healthy human subjects the glucose response curve was not significantly altered.

In another study, the American Diabetes Association suggested that vinegar ingestion at bedtime may favorably impact waking glucose concentrations in type 2 diabetes.

“The antiglycemic effect of acetic acid, the active ingredient in vinegar, has been attributed to reduced starch digestion (5) and/or delayed gastric emptying,” the researchers wrote.

There are different reports and views on the effect of vinegar in weight loss.

But studies in obese rats and mice suggest that acetic acid can prevent fat deposition and improve their metabolism.

The most widely quoted study of humans is one released in 2009.

It is a trial of 175 people who consumed a drink containing 0, 1, or 2 tablespoons of vinegar each day.

After 3 months, those who consumed vinegar had modest weight loss (2 to 4 pounds) and lower triglyceride levels than those who drank no vinegar.

However, when it comes to weight loss, taking just vinegar will not give the desired result.

You need to also put other things like the kind of meal you eat, exercise and other necessary combinations to get the best result.

Kindly share with your friends and loved ones to enable them know the health benefits of Apple Cider Vinegar.

HAVE YOU WATCHED THE HEALTH BENEFITS OF GORON TULA