Offal, popularly referred to as ‘Inu Eran’ in the western part of Nigeria, is a nice delicacy.

But not everyone is aware of the health implication of eating inu eran.

Olu, who needed to lose his belly fat, never knew the health implication of eating it.

When So Healthy met him, we requested for a daily image of everything that got into his pot.

One thing he likes eating is inu eran and in this lies the reason his belly fat was increasing.

Just like him, so many Nigerians had assumed that inu eran was healthier than red meat.

But not many of them have taken time to look at why red meat is not good and see if the inu eran they eat is okay.

Interestingly, when we received several images of the inu eran that olu’s wife prepares for him, we were shocked.

He likes pepper soup and most times his wife makes it for him.

More so, he loves the shinny surface of his pepper soup, but that was killing him softly.

His wife does not remove the fat in the offal because that usually gives the soup the shinny effect.

Sadly, not very many of them give attention to the amount of fat this kind of meat bring to the body.

The cleaning process of your inu eran is what really determines whether it is healthy or not.

We have taken time to study the assorted parts that people buy and have noticed that there is need for proper cleaning to ensure that the fat is totally removed.

After Olu began to practice what we recommend here, he started noticing a reduction in his belly fat.

He could not believe how fast the stomach was dropping. 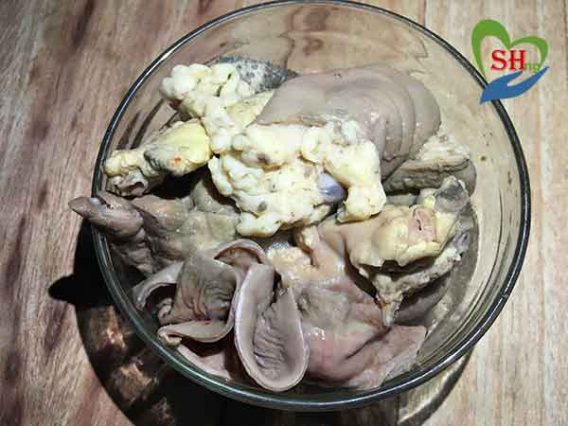 Fat from inu eran could result in clogging of the arteries

A healthy inu eran is the one that is well cleaned with the fat droplets removed from the parts.

The fat when the offal is cooked, dissolves and stays on the surface of the soup.

Unfortunately, a large amount of this fat does not dissolve. They are often delicious when eaten while the pepper soup is still hot.

The fat we consume undergoes certain processes (not covered here). The liver, a major organ handling this process, keeps excess fat away in storable form.

According to Mayo Clinic, “when you eat, your body converts any calories it doesn’t need to use right away into triglycerides”.

Triglycerides are a type of fat (lipid) found in your blood.

You may find it interesting to read Belly Fat: 3 Reasons You Need To Blast It

This fat has been linked to heart issues and this is why it should be avoided.

This increases the risk of stroke, heart attack and heart disease.

Extremely high triglycerides can also cause acute inflammation of the pancreas (pancreatitis), a situation that diabetics have.

The Only Healthy Inu Eran

However, inu eran is also one of the best kinds of meat to consume, according to a research.

It is considered as lean meat when it is properly cleaned, with the fat particles that come with it removed.

After cleaning the inu eran in the image above, the image below shows how much fat came out of it. 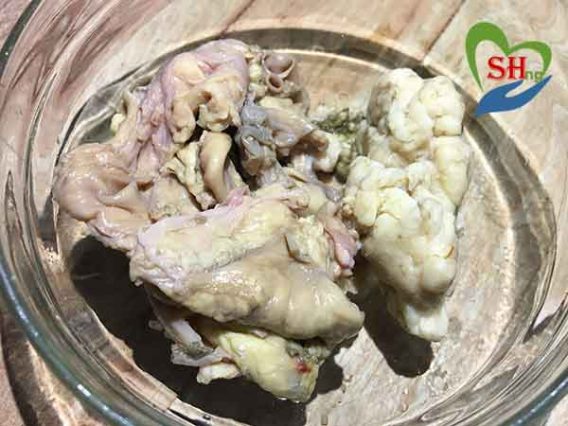 The amount of fat extracted from inu eran

“Dietary intake of total and saturated fat mainly comes from fast foods, snack foods, oils, spreads, other processed foods and the visible fat of meat, rather than lean meat.

You may find our article on Stress And Weight Gain: What Research Reveals helpful

“In fact, lean red meat is low in saturated fat, and if consumed in a diet low in SFA is associated with reductions in LDL-cholesterol in both healthy and hypercholesterolemia subjects”.

Enjoy your inu eran, but make sure that you clean it, removing the fat properly.

Kindly share this article with your friends and loved ones to help them know how best to enjoy their inu eran to stay healthy.