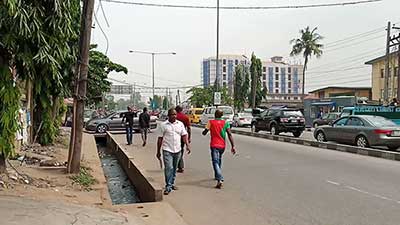 Walking is something you have  engaged in since you were about a year old. But not everyone who walks knows the benefit.

Researches are reveling more benefits of engaging in this exercise and it is becoming more exciting.

It will not be surprising to us if doctors begin to prescribe walking as a remedy to ailments.

Interestingly, there are different researches that have identified this form of exercise as one of the best physical activities to engage in.

According to an American infectious disease and public health physician, Dr. Thomas Frieden, walking is being touted as “the closest thing we have to a wonder drug”.

Physical activities offer huge benefits to everyone, but a brisk walk offers so much health benefits to both men and women.

If you have not been walking, this health benefits should make you see more reasons to engage in walking often.

Some persons have tried in futility to tame their sweet tooth, but there is something about walking that makes it work.

If you want to end that sweet tooth just try walking.

Studies from the University of Exeter found that a 15-minute walk can curb cravings for chocolate.

Also, walking could even reduce the amount of chocolate you eat in stressful situations.

The research also confirms that walking can reduce cravings and intake of a variety of sugary snacks.

“Those who had exercised before working consumed on average half the amount of chocolate as the others: around 15 grammes, compared with 28 grammes. 15 grammes is equivalent to a small ‘treat size’ or ‘fun size’ chocolate bar.”

According to Harvard researches, walking could aid weight loss.

Researchers studied 32 obesity-promoting genes in over 12,000 people to determine how much these genes actually contribute to body weight.

At the end of the study, they found that walking could cut weight genes.

Among the study participants who walked briskly for about an hour a day, the effects of those genes were cut in half.

If you have ever had concerns about breast cancer and wonder how you could reduce risk, here is something of concern.

We know that any form of physical activity lowers the risk of breast cancer, but walking offers more.

In 2013, a US cancer prevention study involved over 73,000 postmenopausal women who were tracked for 17 years.

The study found that “women who walk for an hour a day (about 7 or more hours per week) can cut their chance of breast cancer by 14%”.

It also stated that walking provided this protection even for the women with breast cancer risk factors, such as being overweight or using supplemental hormones.

Walking is one of the very exercises that could help ease pains in the joint, especially arthritis.

This has been indicated by several studies. Researchers found that walking reduces arthritis-related pain.

They found that walking five to six miles a week can even prevent arthritis from forming in the first place.

“Walking protects the joints — especially the knees and hips, which are most susceptible to osteoarthritis — by lubricating them and strengthening the muscles that support them.”

We are in a period of cold, with the daily rain that we experience. Walking is one way to boost our immune system during cold and flu season.

If you want to have few sick days in this time, embrace this exercise.

Have You Read: Daily Rain: 8 Natural Remedies For Cold

A study of over 1,000 men and women found something of interest.

Those who walked at least 20 minutes a day, at least 5 days a week, had 43% fewer sick days than those who exercised once a week or less.

If they did get sick, it was for a shorter duration, and their symptoms were milder.

In one study, researchers at the University of California, San Francisco and the Harvard School of Public Health followed 1,455 men who had been diagnosed with early-stage prostate cancer.

Those who engaged in brisk walking reduce their risk of progression of prostate cancer.

According to the study, those who walk at a pace of at least 3 miles per hour for three hours or more per week were 57% less likely to develop the biochemical markers of cancer recurrence or to need a second round of treatment for their disease.