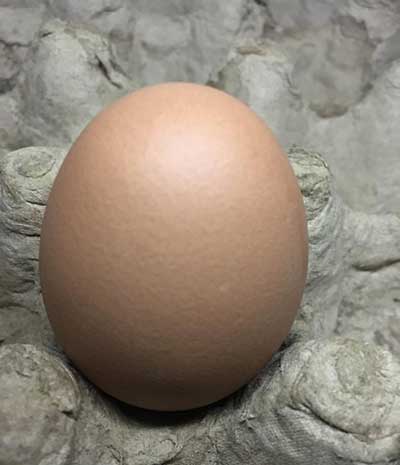 Eggs are some of the very things that you will find in most kitchens. In Nigeria, it comes handy when your stew is empty and you need to have protein on your rice.

People sell them a lot in traffic jam.

Over the years, different recipes have emerged around eggs. Chefs keep providing us more ways to enjoy them.

But not so many of them talk about how good or bad it is to eat eggs. It appears in our salad and other dishes.

You may have heard different things about eggs and why you should or should not eat them.

Sadly most are just assumptions.

A research showed that adding egg to our salad influences the absorption of vitamin E in the vegetables. 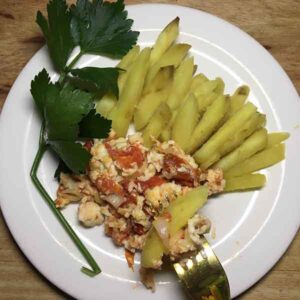 Nice as that sound, nutrition is one area of life that people have divergent views.

Eggs consumption and the benefits also have contradicting reports.

Recent researches have shocked people. Those who consume eggs are prone to heart disease, one of the researches says.

Also, there are other studies that have, before now, stressed that eggs pose no health concerns. They also provided detailed analysis from their research results that back that claims.

What then should an individual do, with these contradictions.

Fortunately, researches abound that support the consumption of a maximum of 3 eggs a week for adults.

A study published in January 2020, highlighted that in 3 large international prospective studies including177,000 individuals, no significant associations between egg intake and blood lipids, mortality, or major CVD (Cardiovascular Disease) events were found.

Also, this study reported something that everyone should also consider before adding eggs to their diet.

According to the study, neutral association between egg intake and health outcomes may be due to several competing factors. 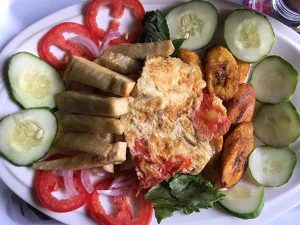 Dietary cholesterol has a relatively modest effect on blood TC and LDL (Low Density Cholesterol) cholesterol, but the phospholipid in egg raises HDL (High-Density Lipoprotein) cholesterol (good cholesterol) which may offset the adverse effect of egg on LDL cholesterol.

“The effects of egg consumption may also vary across populations with varying diet quality (such as a low or high-carbohydrate diet).

Eggs contain lutein and zeaxanthin, which are good for the eyes; choline, which is good for the brain and nerves; and various vitamins (A, B, and D).

It also contains 270 international units (IU) of vitamin A and 41 IU of vitamin D.

You may also find our article on Top 9 Foods For Weight Loss helpful.

Some components reported to have antioxidant properties are proteins such a ovalbumin, ovotransferrin, phosvitin, egg lipids such as phospholipids, as well as certain micronutrients such as vitamin E, vitamin A, selenium, and carotenoids.

On the other hand, cholesterol is one of the very things that come with eggs. And a 2019 study linked the cholesterol level in egg to increased risk of heart disease. 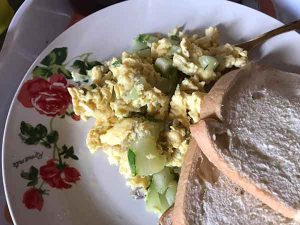 In older researches, cholesterol has been linked to heart diseases and this research is reinforcing those claims.

Categorically, it stated that the associations of dietary cholesterol or egg consumption with incident CVD and all-cause mortality were monotonic.

Each additional 300 mg of dietary cholesterol consumed per day was significantly associated with higher risk of incident CVD.

Let us look at cholesterol in the body.

Why is this so?

The liver uses the saturated fat and trans fat in your diet, to make cholesterol in your body and not the dietary cholesterol.

On Saturated Fat In Egg

An egg that you consider large contains little saturated fat – about 1.5 grams. The liver could convert this to cholesterol.

Here is where the relationship with egg and the earlier mentioned research may have come from.

According to the American Heart Association, an individual on a 2,000 calorie diet per day should limit saturated fat to 13 grams.

As a result, consuming an egg per day may be safe. However, other foods in your diet must also be considered.

For the records, saturated fats are simply fat molecules that have no double bonds between carbon molecules because they are saturated with hydrogen molecules.

Therefore, it is good to replace foods that are high in carbohydrate and saturated fat with low fat alternatives.

If you consume foods that are low in saturated fat, few eggs per week should not be of so much concern.

It goes to say that individual differences also contribute.