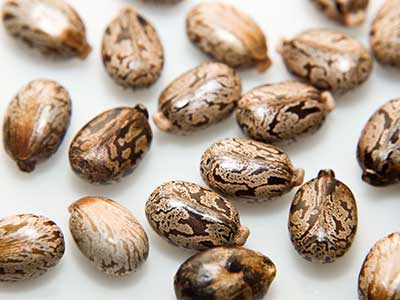 You may have decided to try the castor seed as contraceptive after you read our first article.

It is an interesting decision, but there is an issue we have noticed of late.

A few persons are carrying the burden of not reading that article to the end. It is a dangerous thing to just read few paragraphs of an article and rush out to try.

The burden is that you will go ahead to implement the few things you thought you learnt based on assumptions.

Unfortunately, “assumption is the mother of all ‘fuck-ups'”.

Before you decide to use castor seed as contraceptive, you should make sure you have details about the seed and side-effects.

Most importantly, you should always remember that there is consequence when you do not follow instruction in consuming a thing.

Castor seed as contraceptive works but you should take it the right way.

Ricin In Castor Seed And Its Troubles

Really, there is a substance in Castor Seed that is called ricin and it is toxic to the body.

A study says ricin is one of the most toxic substances known to humans (1).

Fortunately, this ricin is more in the outer shell, that part that is hard and with dark brown spots.

Also, there is an amount of ricin in the inner white-like pulp, but when consumed in moderation, it does not present much toxicity (2).

Do Not Chew The Shell

According to studies, the seed is only toxic if you eat the outer shell.

Chewing the enter seed with the shell is where the issue is. If swallowed without chewing, it may not digest and that saves the individual the trouble.

A study says the seeds must be chewed before the toxin is released.

However, this is dependent on the digestive system.

It is a dangerous thing to swallow the seeds with the shell. This is because it may cause an acute and potentially fatal inflammation of the stomach and intestine.

Ricin poisoning could also cause neurological and ophthalmological damage.

Poisoning may also lead to delayed internal organs damages; however, this is quite rare.

You May Want To Try Neem As Contraceptive. It May Be Safer

The toxicity is dose related and depends on the amount of castor beans ingested.

The onset of symptom after ingestion is usually within 4 to 6 hours but may be as late as 10 hours (3). Toxic symptoms may for as long as 24 hours after a person has takes castor seeds.

A study says in 1856, a person consumed an emulsion containing about 100 g of castor seeds.

Vomiting and purging followed, and no other toxic symptoms appeared.

In the same year, a 54-year-old woman ate 5-6 castor seeds, and several hours later her pulse was weak.

She developed edema of the lungs, contraction of facial muscles, diarrhea and chest pain.

On the remedy that works, the research says she was given large doses of ground up flax seeds and soda, and recovered in 3 days (4).

Some persons have also taken activated charcoal and this also helped.

On the number of seeds to take, the study says 1 to 2 seeds may be fatal for a child, and 3 to 8 for an adult.

Initial symptoms are nonspecific and may include colicky abdominal pain, vomiting, diarrhoea, heartburn, and oropharyngeal pain.

You May Try Castor Oil As Contraceptive

Interestingly, in castor oil extract there is no ricin. The process of extraction eliminates the toxin.

According to studies no ricin is remains in the oil. Also, it is inactivated during extraction if done under heated conditions.

However, there is no specific dosage recommendation for pregnancy prevention.

Research favours the use of 2 seeds of hulled (shell removed) castor seed as contraceptive.

While more studies are necessary on the antidote for castor seed poisoning, there is need for caution.

Follow the research-proven number of seeds and don’t take more than 2.

If you find this article helpful, kindly share with your friends and loved ones to help them make the right decision before they use castor sex as contraceptive.

WATCH: HOW TO USE PINEAPPLE TO BOOST FERTILITY