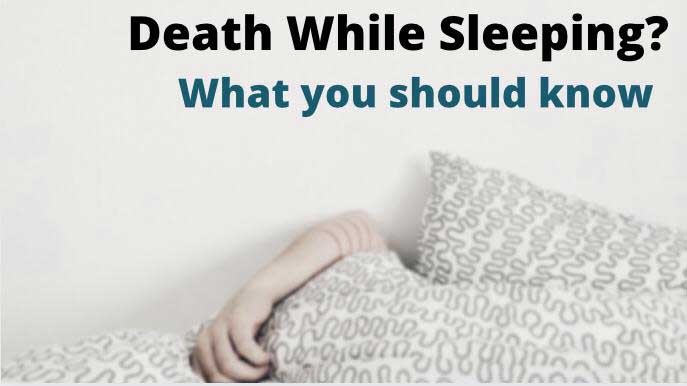 Death while sleeping is one news that filters in once in a while in different parts of the world.

For some persons, this kind of death is a peaceful one. But truly, no one loves to lose a loved one.

There is no time to say goodbye and in most cases, the victim is never aware it will happen.

Really, it is even more painful when the individual is still ‘too young to die’.

As peaceful as death while sleeping may appear, there is always an underlying cause.

There are different things that could cause death while sleeping. We will share some causes that have been identified by different studies.

This is a potentially serious sleep disorder in which breathing repeatedly stops and starts.

People with this condition that is treatable are more at risk of death and heart-related diseases.

A study says the constant presence of these stop and start times is detrimental in long-term.

It might be the reason for cardiovascular events and fatalities.

Apnoea, which can cause death while sleeping, is triggered by excess weight and obesity (1).

Furthermore, this is associated with soft tissue of the mouth and throat.

According to study, during sleep, the throat and tongue muscles are more relaxed. When this happens, the soft tissue  can cause the airway to become blocked resulting in the stop and start breathing times.

Risk factors for SAS include age and obesity.

Also, it is more common in men.

Symptoms include snoring loudly and feeling tired even after a full night’s sleep.

Treatment often includes lifestyle changes, such as weight loss and the use of a breathing assistance device at night, such as a continuous positive airway pressure (CPAP) machine (2).

There are other methods of treatment such as noninvasive ventilation, oral prostheses, surgical procedures, pharmacological therapies and sleep hygiene.

2.      Heart Attack And Death While Sleeping

This is another reasons death while sleeping occurs.

Simply put, when the heart beat goes haywire while an individual is asleep it becomes an issue.

Sadly, most persons that are young face sleep deprivation and high stress level. Not getting enough sleep each day could lead to heart-related disease. 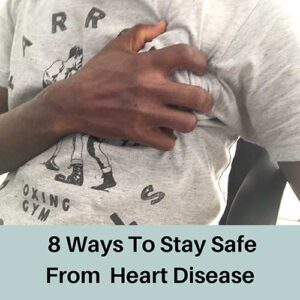 The heart is also a muscle and it needs to be exercised. Click image to read article.

The recommended hours of sleep for adults is 8 hours, but not very many persons meet this threshold.

A study says there is a relationship between sleep deprivation and hypertension (HT), coronary heart disease (CHD), and diabetes mellitus (DM) (3).

Also, blood clot can cause heart attack that could lead to death while sleeping.

According to doctors, fat particles could sneak into the arteries and clog the flow of blood, resulting in damage to the heart.

One of the ways to check this is to watch out for trans fat in what you eat.

Also, lack of exercise contributes to poor performance of the heart.

Simply put, when you exercise, the heart muscle become more efficient and better able to pump blood throughout your body.

As this happens, the heart pushes out more blood with each beat. This allows it beat slower and keep your blood pressure under control.

3.     Familial Dysautonomia And Death While Sleeping(FD)

This is an inherited disorder that affects the nervous system. It is genetic.

This may not be common among Africans or even Nigerians, but it is okay to know about it too.

Most importantly, a study say the common cause of death for persons with this condition is death while sleeping (5).

FD is a genetic problem. The cause is an inherited mutation, or change, in a gene called IKBKAP.

“Scientists believe that a mutation in this gene interferes with the body’s ability to produce a key protein necessary for nerves to develop and function normally.”

The nerve fibers of people born with FD do not work properly.

As a result, they have trouble feeling pain, temperature, skin pressure and the position of their arms and legs. They can’t fully experience taste.

Among other things, this condition can interfere with the control of blood pressure, body temperature and the production of tears to keep the eyes moist.

It is its relationship with blood pressure that often increases the individual’s risk of death while sleeping.

Dead in bed syndrome can happen to people who are diabetic.

According to studies death while sleeping for persons that are diabetic could be caused by night time hypoglycemia.

Basically, this triggers disturbances in heart rhythm or cardiac autonomic neuropathy (damage to nerves that control the functioning of the heart).

According to studies dead in bed syndrome accounts for about 6% of cases of all deaths in under 40 year old people with type 1 diabetes (6) (7).

It is common for persons that are diabetic who are using synthetic insulin to go into coma and when this happens while the individual is sleeping it becomes an issue. Also, it could lead to death while sleeping.

“It has been noted that dead in bed syndrome became more commonplace since the introduction of human (synthetic) insulin within the 1980s.

“Research indicates that synthetic insulin has a reduced stress response in comparison to animal insulin.” (8)

Additionally, people with type 1 diabetes should aim for blood glucose levels within 6.5 to 8.0 mmol/l before bed. Upon waking up, the target should be between 5.5 and 7.5 mmol/l.

Kindly share with your friends and loved ones to help them know the major causes of death while sleeping.

WATCH: 10 MINUTES HIGH INTENSITY EXERCISES YOU CAN PERFORM AT HOME