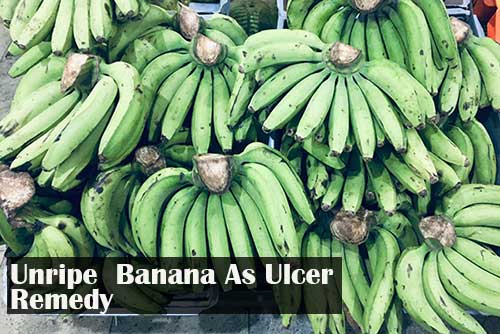 Unripe banana could just be the remedy you need if you have stomach ulcer. Really, if you want to escape from the discomfort that comes with stomach ulcer which makes life unbearable, you should try this.

Interestingly, unripe plantain is a remedy that is gaining popularity and this is because some persons have testimonials of positive results.

Indeed, unripe banana contains some compounds that bring healing to the sore in the stomach.

We will examine these compounds and also explain why they work. In the course of doing this, we will cite different research results that support the use of unripe banana as ulcer remedy.

First, we will begin with what stomach ulcer is.

What Really Is Stomach Ulcer?

Stomach ulcer is a sore that develops on the lining of the oesophagus, stomach or small intestine.

These ulcers develop when stomach acid damages the lining of the digestive tract.

This is one of the reasons you should not abuse drugs.

There are two types of peptic ulcers.

Basically, both peptic ulcers are most commonly caused either by infection with H. pylori bacteria or by frequent use of non-steroidal anti-inflammatory drugs (NSAIDs) (1).

The symptoms of gastric ulcers and duodenal ulcers are similar. However, when the pain occurs is different.

Simply put, if you have pains in your stomach shortly after eating, chances are that it is as a result of a gastric ulcer.

The pain from this ulcer often occurs when food is still in the stomach.

On the other hand, pain from a duodenal ulcer often occurs when the stomach is empty, several hours after eating. Also, it may improve after eating.

Pain also may wake you up in the middle of the night.

According to a study, peptic ulcer is a chronic disease affecting up to 10% of the world’s population.

The formation of peptic ulcers depends on the presence of gastric juice pH and the decrease in mucosal defenses (2).

However, symptoms alone cannot be used to distinguish a gastric ulcer from a duodenal ulcer.

You may need to undergo tests such as an endoscopy or an upper gastrointestinal (UGI) series to be sure.

This test will help find out the location of the ulcer.

Also, gastric ulcers often heal more slowly than duodenal ulcers. Note also that a gastric ulcer that does not respond to treatment could be cancer.

There are different compounds that are in unripe banana that researchers say make it a remedy for ulcer.

While different drugs are available for persons with this condition, there are different drawbacks, according to studies.

One is that the prevention or cure of peptic ulcers is one of the most challenging problem in medicine because gastric ulcer therapy faces drawbacks.

Most of the drugs currently available in the market show limited efficacy against gastric diseases. Also, they are often associated with severe side-effects (3).

As a result, there is also another dimension that focus on using natural remedies. Fortunately, these remedies are what you find daily.

Unripe banana is one of such food items with compounds that work for stomach ulcer.

Furthermore, there is the presence of many active constituents like flavonoids, saponins, glycosides,  alkaloids and components like Leucocyanidin in unripe banana.

These compounds are prominent anti-hyperglycemic, antioxidants and have ulcer healing properties.

According to study, they contribute in healing of peptic ulcer by decreasing gastric mucosal cytokines,  and enhancing growth factor.

Check Out This Other Remedy For Ulcer – Celery 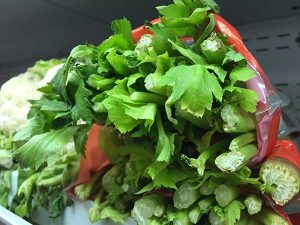 To get your healing , you need to first slow down the activities that result in the lining damage.

After this, you will begin to replace the lining that has been damaged (healing). All these happen simultaneously that you may not even notice.

According to a study, banana and its active constituents may emerge as more effective therapeutic  agent to counter peptic ulcer incidence and ulcer healing.

How To Use Unripe Banana As Ulcer Remedy

Just a few banana is okay. If you are unable to eat it raw, cut it to pieces, dry it and grind to powder.

You will then add a tea spoon of this powder to a warm water and drink first thing in the morning and last thing at night.

You can also take it few minutes before meal.

This way, it will begin to give you healing gradually.

Most importantly, it is okay to note that because this is a natural remedy, it requires consistent usage and for a reasonable period of time before total healing will happen.

From explanations above, you can see that ulcer takes time to heal.

In conclusion, if you have followed our articles on ulcer remedies, you will find that there are different foods that you can add to your diet to heal ulcer.

If you find this article helpful, kindly share with your friends and loved ones to help them know how unripe banana works for stomach ulcer.